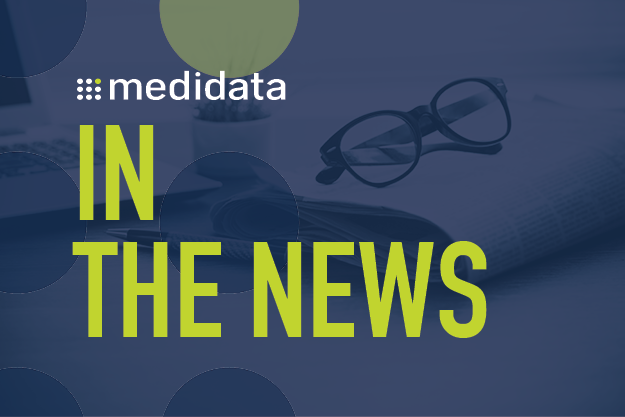 The pharmaceutical sector has the most intriguing battle for data scientists yet Clinical trials are the latest area where all sorts of companies are fighting over the rare specimen that is a data scientist.

Every IT leader of a large business in every sector will tell you they need data scientists, it is – along with cybersecurity specialists – one of the most in-demand roles, not just in technology, but in business overall.

However, each industry faces different challenges in attracting these specialists, such is the rarity of data scientists that there is a real battle for talent. In the pharmaceutical, pharmatech and biotech space this battle is especially intriguing.

A data scientist could work for a traditional big pharmaceutical company such as Novartis, or an independent software vendor that focuses on transforming clinical development, such as Medidata.

Medidata co-founder Tarek Sherif explains that the company has had to be more flexible in its approach to hiring because of this scarcity; in an ideal world, the company would want to hire someone with both the technical skills in statistics, modelling and analytics, coupled with the domain experience of the pharmaceutical industry.

“It is difficult to find good data scientists, you need expertise in this domain but it’s not that you can’t learn it – we have some data scientists that have the experience and some that do not but you have to be flexible in your approach,” he says.

The software-as-a-service (SaaS) provider brought in a chief data officer (CDO), David Lee, to build up its team of data scientists – with the long-term effect of making a closed data loop where it can learn from the data is gets from its customers from the sector, including Novartis. Through continuous learning and improvement, Medidata aims to enhance the models to make its products better, and therefore make clinical trials faster, better and cheaper for its clients.

“In 2011, McKinsey said that $100bn of value could be created in pharma from the use of big data. But the US healthcare sector is only capturing 10 to 20 percent of this data,” Lee told delegates at Medidata NEXT in New York back in October.

Among a number of other factors was a shortage of technical talent.

In the four years since he has been at the company, he has grown the data science team by a factor of nine – he has a team of 90.

“For data science, the core technical skill is statistics, machine learning, computer science and AI as well as data wrangling which is a new job family but is essentially taking whatever data is around and standardising it in the right format for analysis so that statisticians, biostatisticians and computer scientists know what they’re using.“In addition, the value of these capabilities needs to be housed within a business type framework, so just like in start-ups we have product managers and project managers, some of whom have technology or strategy consulting experience, and then people who focus purely on data curation, and then we have an engineering team,” he adds.

Lee explains that ultimately the information needs to be delivered in some sort of app and those apps need to be designed thoughtfully in order to get the right visualisation to the right user with the right experience, and this is why Medidata has an engineering team that specialises in data science on the front-end and backend.

Lee explains that while it is hard to recruit data scientists, retaining them has not been a challenge.

“We have the largest data assets in clinical research and so many of our employees are very mission driven so once they’re here and once they see the robustness and the size of the clinical data we have uniquely have access to in the world – more than and large pharma – so for data scientists that’s their career fuel and once we get them and they see what they have they stay,” he says.

While this access is definitely a factor for data scientists, they may also have some bigger companies hunting them – the likes of Google, Facebook, Amazon and Apple are always after the best data scientists and can offer them attractive pay packages too.

What sets the likes of Medidata apart, according to Lee, is that the work it does “is a matter of life and death”.

“The work that Facebook does is usually not a matter of life and death. The data we work with is laden in medical terminology and there is a gold standard of science that we have to adhere to. In internet companies, they use A/B testing and they can test things – for us it’s a higher bar, it’s a higher ethical obligation that we have to conduct our analyses as rigorously as possible,” he states, adding that within the context of medical science it needs to translate from technical to medical, and therefore the company needs sophisticated and dedicated people who are mission-driven and not just technicians that are experimenting.

Lee believes that these kinds of mission-driven people quite clearly standout in the recruitment process.

While much of what Lee says may be factors that data scientists look to, there are many big pharmaceutical companies that can make the same claims.

Jeremy Sohn, VP, global head of digital business development and licensing at Novartis told HNC that just like Medidata, it is competing with the Google and Microsofts of the world who tend to attract recent graduates coming out of advanced analytics programmes – but he feels confident that Novartis is an attractive employer for that talent too.

“People can advance their skill set and apply the skills they already have but also change the lives of patients and advance healthcare,” he says.

In terms of the exact skill set, Sohn says that advanced analytics is where the big pharma requires the most help.

“Not just people with stats backgrounds but people with deep AI, machine learning and sometimes neural network experience. They need to know how to code and understand the technology as well as understanding the domain as well with a deeper appreciation of biology; sometimes the analysis is secondary to knowing the questions to ask so that knowledge around science and biology is important too,” he states.

Where to source the talent?

Medidata’s Sherif explains that as many students are moving into data science now, the talent pool is growing at the right time.

This may yield the data scientists of the future that can work at big pharma companies as well as independent software organisations, but in the meantime Medidata has recruited from the likes of the FDA, Deloitte and private equity firm Carlisle.

What’s more interesting, however, is that Lee revealed that the company has also recruited from big pharmaceutical companies and from Amazon. Novartis is of course a Medidata customer, and Medidata is an Amazon Web Services (AWS) customer.

AWS director of global business development Mark Johnston explains that Medidata has several of its solutions running on AWS’s cloud. For him, the partnership is about “the right marriage”.

“We know that a company like Medidata is very deep into clinical work trials and so the idea is that we are an ingredient in bringing technology to help that software vendor do more for their customers,” he says.

AWS has always touted its capabilities as making data science easier for its customers, and Johnston suggests that by Medidata running its platforms on AWS, it is helping both the software company and its big pharma customers to simplify their data science needs.

“We want to democratise data science – we don’t believe it should be limited to a few highly trained individuals. The announcements we made this week at AWS reInvent around AI and machine learning are about simplification and you can put those things in the hands of more scientists and researchers so they can get those things done,” he says.

However, he emphasised that the core relationship AWS has with Medidata and other organisations of a similar ilk, is to let the independent companies focus on the workflow, science and the care side of things, with AWS being an enabler.

“Our real job is to simplify and help them scale and drive more effective solutions to market, that benefit their operation as well as that of the end customer,” he says.

While this relationship between AWS, Medidata and Novartis is by no means unique, the reality is that each company within this layered partnership is all fighting for similar talent. Medidata, as Lee attests, is positioning itself as a pharmatech company rather than a software vendor, as proven by him citing the company’s work as “a matter of life and death”.

Similarly Novartis’ Sohn says that the company is working hard to change the image of Novartis to being not just the best in class in science, but also in data and technology.

“We’re looking for a different brand appeal for Novartis, not just about technology but the combination of tech and application of life changing technologies. We have tremendous respect for all our partners in the tech industry but we think we have a real opportunity to stand out,” he says.

The battle for top pharma data scientists is likely to rage on as Lee hinted Medidata would be ramping up its recruitment once again. He says that he couldn’t share any specific numbers but says that the company is shifting to being considered more of an information company than a tech company because of the value of the analytics.

Perhaps this is Lee’s way of suggesting that he has asked Medidata’s co-founders for more funding; or perhaps Medidata is indeed going to announce a big recruitment search in the near future. More likely than not, it’s probably keeping its lips tight as it could well be poaching from within its own partnership.