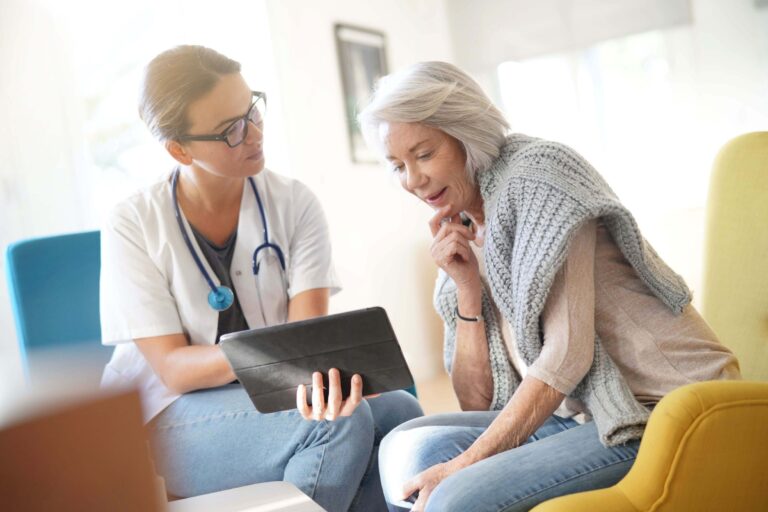 Women in clinical trials – A history of bias, exclusion and antiquated views

Women make up 49.6% of the world’s population1. Across the globe, they access medical care more frequently and actually have a significantly greater health expenditure than men. Yet up until the early 1990s, a period that saw the approval of many drugs which we still use today, women faced significant underrepresentation in clinical trials. This has led to gaps in our understanding of how particular treatments may impact them, increasing the risk of adverse effects.

In 2021, over 80% of preclinical studies assessing drug safety and efficacy are still conducted solely in male mice2 and as few as 22% of phase I trial participants are female3. Despite the significant progress that has been made in promoting gender equality over recent years and the rapid pace of change we are witnessing in the medical field, there is still an imbalance when it comes to providing equal opportunities independent of sex.

When discussing this subject, it is important to understand the historical context of women in clinical trials and sex-based drug research (sex being the biological variable traditionally reported in clinical trials, whereas gender is typically recognized as a social construct relating to personal identity and perceptions of oneself).

A brief history of women’s involvement in clinical trials

The exclusion of women from clinical trials can be traced back to the early 1970s when men were still viewed as the ‘dominant’ gender and few women were working in the field of medicine. The prevailing belief at the time was that Caucasian males constituted a ‘normal’ study population, alongside concerns about females’ fluctuating hormone levels making them a more complex group to study, leading to their exclusion from biomedical research.

Many clinicians also voiced concerns about pregnant women being a ‘vulnerable’ group and these fears were only magnified by incidents such as the thalidomide tragedy, in which expectant mothers who were given the drug gave birth to babies with severe limb defects. This led to the Food and Drug Administration (FDA) issuing guidelines in 1977 which banned expecting mothers from participating in phase I/II clinical trials4. However, this ruling also applied to single women, those using contraception, or those whose husbands were vasectomized. Unfortunately, this cautious approach has had a deleterious impact, with a lack of research about a new drug or treatments’ effect on the female body leading to various safety concerns.

In the late 1980s, the National Institutes of Health (NIH) began to put policies in place recommending the inclusion of women in scientific studies and in 1991 appointed their first female director who launched the Women’s Health Initiative, to study a range of conditions predominantly affecting postmenopausal women5. However, it wasn’t until 1993, when the FDA’s 1977 guidelines were reversed and the inclusion of women in clinical trials became part of Federal law, that the numbers of female participants steadily began to increase.

The critical importance of analyzing drug response by sex

Despite the historical perspective that the male experience represents the ‘norm’, we now know that disease presentation, pathophysiology, and therapeutic response are all influenced by a person’s sex. For example, it has been indisputably shown that the pharmacokinetics of a drug are distinct depending on whether it is given to a male or female patient. This essentially means that drugs may be distributed, metabolized, or excreted differently in women compared to men. Measuring a treatment’s safety, efficacy, and/or side effects in patients of one gender, therefore, does not provide a representative picture of the effect it will have on the other.

Take the body’s response to consuming alcohol, for instance. Males are, on average, composed of a higher percentage of water than females, who typically have a higher proportion of body fat. This means that a single unit of alcohol will be more diluted in their bloodstream and they, therefore, exhibit a lower blood alcohol concentration. Additionally, women often possess less of the enzyme alcohol dehydrogenase, which catalyzes the breakdown of ethanol in the stomach, meaning that it takes longer for their system to metabolize and clear the drug.

Another example is the case of an insomnia drug initially approved for use in 1992 before the regulations were introduced mandating the participation of women in clinical trials. After it was noted that women were becoming involved in significantly more driving-related incidents the night after taking the medication than men, studies began to investigate the cause of the drug’s differential effects. They found that women had twice the concentration of active drug in their bloodstream than men who had taken an equivalent amount, leading to dosing guidelines for women immediately being cut in half6. Whilst this was one of the first cases in which researchers identified a need for sex-based drug dosing, it is by no means the only.

When we apply this theory to pharmacologically more broadly, it quickly becomes apparent that decisions regarding drug administration should be based not only on a patient’s size but also account for the hormonal and metabolic differences which exist between males and females. As we enter the era of personalized medicine, studying these idiosyncrasies and gathering data on this important biological variable will be critical in ensuring that future treatments are safe and effective for all.

In our next blog on this issue, we explore the ways in which the underrepresentation of females in clinical trials is being addressed and how Medidata’s products and services are tackling the barriers to women’s participation in research that still exist today.