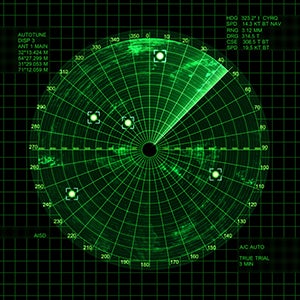 I was recently lucky enough to attend the Pharmaceutical Contract Management Group’s (PCMG) 10th Annual Conference in Cascais, Portugal along with Medidata colleagues Richard Young and Karim Herbal. PCMG was formed in 1994 by contract managers as a forum for sharing information on best practices in managing their increasing reliance on external providers. To that end, they have maintained a fixed pharma:vendor ratio to avoid overt pressure and foster an environment where people can genuinely interact without feeling “sold to.” And, despite the fact that any salesman will tell you that it’s a target-rich environment, they have largely managed it.

This year’s conference theme was “20 Years of Outsourcing: Then, Now & the Future.” Inevitably, in any annual conference, it is difficult to be innovative so it’s probably fair to say that many of the topics covered (feasibility, contracting with investigator sites, regulatory oversight) were restatements of relatively well-established positions. But, there were some outbreaks of “sawing wood” in the darker corners of the hall.

Two presentations, in particular, stood out. The first was on cultural awareness by Chie Misumi, an intercultural communication lecturer at the University of Amsterdam. Chie assured us she was Japanese but her English was better than mine (admittedly, not a high bar). Inevitably just an overview, Chie’s presentation nevertheless was able to illustrate her points with anecdotes and examples and you could almost feel the audience’s awareness rising as she progressed. If we came away with nothing else, we all now know it’s an issue and it’s on everyone’s radar.

The second was from Captain Manfred Mueller, head of flight safety research at Lufthansa, entitled: “Is Risk Management (Still) Up in the Air?” As well as being humorous and entertaining, his presentation contained many interesting ideas to which no blog will do justice! Basically...people make mistakes!

He described the most common cause of problems as an operational problem compounded by a human error in response to that. This is then further amplified if there is a poor social setting (i.e., a dysfunctional team setting). Consequently, Lufthansa has spent a lot of time and money building appropriate team structures. This seems to be the best mitigation against human error, as a functional team tends to catch it!

Captain Mueller also spent time on their non-punitive reporting system. To encourage the reporting of mistakes and to learn from them, they have made reporting independent of the disciplinary system – the secret of the confessional, as he described it. Although he admitted people are still not forthcoming as they would like, there has been a marked improvement in the information they now have on incidents. He gave many examples of improvements to both processes and even technology, which were a direct consequence of someone telling them about a mistake they made--he even had the photos to prove it.

We all then left for the airport, slowly!!!

*Guest blogger Alan Eggleston is a senior director of sales for strategic accounts at Medidata Solutions.