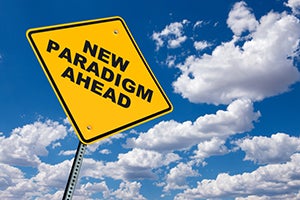 Everyone's talking about risk-based monitoring, but few are actually doing it so far. The below graph illustrates this slow adoption trend over the last six years, depicting source document verification (SDV) coverage rate—the percentage of site-entered electronic case report form (eCRF) data targeted for SDV. It’s using operational metric data compiled from the Medidata Insights metric warehouse, comprising data from over 6,000 studies. SDV coverage has steadily decreased over that period, but only modestly from the mid-90 percent range in 2008 down to the mid-80 percent range over the past couple of years.

So why the delay? Those of us who have worked in clinical research long enough are already well aware that this is an industry characterized by “innovation inertia”—a strong resistance to leverage new technology and methods with so much at stake financially, and the constant fear of regulatory scrutiny. This environment certainly applies to risk-based monitoring—just as it has in the previous decade with EDC and other web-enabled innovations. More specifically, many organizations are concerned that this new paradigm will actually degrade the level of site and data quality, invite increased regulatory scrutiny, and ultimately reduce operational success rates. However, given the strong US and EU regulatory endorsements issued back in 2011 and a growing body of guidance and evidence supporting this new paradigm, these fears have all but lost their credibility.

As I observed in an article recently published in Applied Clinical Trials, what remains at this point amounts to a change management exercise. Communication is a critical component of change management and as I point out in the article, what we call this paradigm can have a significant impact on the rate of its acceptance across organizations. While “risk-based monitoring” accurately describes the underlying methodology, the phrase is often misconstrued as increasing operational risk, paired with a methodology by which that increased risk can be managed. This misperception is quite the opposite of what risk-based monitoring promises and thus a very unfortunate (though well-intentioned) branding for such an important breakthrough in clinical research operations.

My recommendation here is to rebrand “risk-based monitoring” as “targeted site quality management.” Whether we adopt this label or some alternate wording, the change management challenge will be greatly impacted by the language used!

As always we’d love to hear your thoughts on this topic, and what you may be doing to drive adoption in your organization!