Some Queries are More Equal than Others! 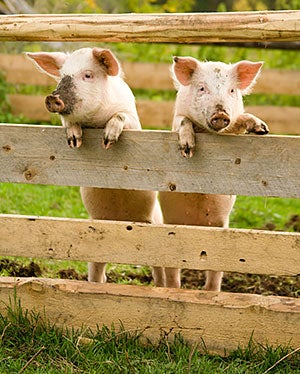 Some queries are more equal than others! Those of you familiar with George Orwell’s “Animal Farm” may recognize this paradoxical declaration. The queries I refer to here are the "questions" sent back to investigative sites to clarify clinical data that they have provided to the sponsor during a research trial. Queries are issued primarily by data managers, site monitors, and/or electronic data capture (EDC) systems (aka “autoqueries”). And while Orwell was poking fun at the hypocrisy of those elitist pigs who grabbed power in the newly liberated animal farm, I’d like to propose an actual “more equal” status for one of these query types – the EDC autoqueries. The primary reason for this celebration of EDC autoqueries is their relative efficiency vs. manually-generated queries. Recent analysis done on data correction rates using our Medidata Insights metric database reveals that at least 40 percent of all electronic case report forms (eCRF) data corrections are accomplished in the initial capture session at each site—driven by the site’s interaction with the EDC system and its autoqueries. This represents a tremendous return on the up-front investment to implement these EDC checks for each study. Recall that in the pre-EDC world (not that long ago!) all of these checks would have been programmed into the back-end data management system (CDMS). Discrepancies identified by those checks would need to be reviewed individually by data managers, and a query written and mailed to each relevant site to ask for clarification. I was on the data management leadership team at an organization a number of years ago and when we transitioned over to EDC we were able to realize a 40 percent to 50 percent total reduction in required CDM resources—driven mostly by the aggressive use of EDC checks! Another key benefit stems from the strong correlation between autoquery rates and eCRF data correction rates, which we recently explored for Applied Clinical Trials using the same Insights metric database. Observing that the rate of data corrections may be the closest quantitative measure we have to indicate the quality of eCRF data entry at each site, the strong correlation between autoquery rates and data correction rates means that the autoquery rate may be leveraged as a valid surrogate for data quality in a centralized site quality monitoring program. And since autoqueries are generated at the same time that the relevant eCRF data is entered at each site, calculation of autoquery rate provides the most proactive view of data quality among the obvious choices (e.g., data correction rate or manual query rates). This is a critical consideration since early detection is so essential to an effective centralized monitoring solution. Autoqueries are also by far the most prevalent query type, so they provide a more robust “sample size” than manual queries for site quality assessment. So let the autoquery crowning ceremony begin! This is not the Orwellian crowning of a dictatorial “pig,” mind you; rather a crowning of the very benevolent “king of the queries!” What is your view on the value of EDC autoqueries. Are you as enamored as I am? More about Stephen Young