What Does Brexit Mean For Clinical Development in the UK? 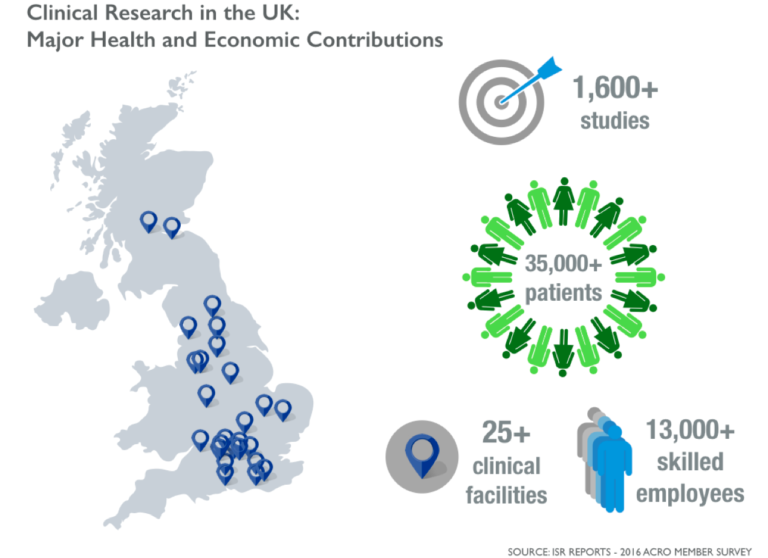 The topic of Brexit tends to generate more questions than answers, and I recently represented Medidata at the Association of Clinical Research Organizations (ACRO) and met with a key member of the UK Parliament to clarify the risks and opportunities that Brexit poses to clinical trials.

Each year, ACRO member companies conduct clinical trials for more than 700 research sponsors in over 100 countries.

ACRO has been actively engaging with the European Commission, the UK government and other bodies since the 2016 UK referendum. ACRO has also had interactions with the UK government’s Office of Life Sciences, the HRA and MHRA on the complex matters associated with Brexit.

ACRO’s goal is to ensure that the collective views of ACRO members are strongly represented within the ongoing Brexit negotiations between the UK government and the European Union. And, of course, ACRO wishes to ensure that the position of both the UK - and indeed, the EU as a whole - continues, without impediment, to be an attractive region for conducting clinical research.

ACRO invited Rt. Hon. Hilary Benn, the Member of Parliament for the Leeds Central constituency and chairman of the UK Parliament’s influential Select Committee on Exiting the European Union, to discuss the organization on the future of clinical development in UK post-Brexit.

Mr. Benn stressed the importance of making available new, innovative - and affordable - treatments to UK citizens as the country adapts to new realities. Here are some of his key takeaways from the meeting:

During the meeting, ACRO members outlined the typical drug/device approval cycles in the EU and highlighted the current dichotomy between scientific assessments (a sizable fraction of which have been carried out by UK’s MHRA versus the mechanisms around adding those treatments to the UK National Health Service (NHS) formulary via NICE.

ACRO is planning for further such meetings with influential players involved in the Brexit negotiations, and we’ll make sure to share new updates as they surface.