Why Do We Do What We Do? 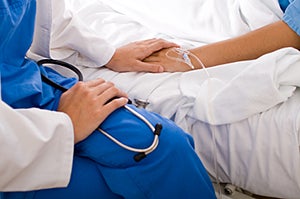 How do we define bravery? Wikipedia offers up the following: courage is the ability to confront fear, pain, danger, uncertainty or intimidation.

Those whom confront their fears to improve the situation of others are to be honoured and respected without reservation. One group of people who go above and beyond are journalists who go to areas of chaos, such as war-torn regions to shine a light on the plight of people who are in the middle.

I recently attended the PhUSE annual conference in Budapest, Hungary where the keynote speaker was Charles Sabine, a long-time British reporter for the US TV network, NBC. His working experience includes a remarkable 12 wars, 6 revolutions, 4 earthquakes, 2 tsunamis and many other world events (including—mindful of our event location—the demise of the Iron Curtain in the late eighties). His talk was filled with anecdotes illustrating many of the dramatic experiences he had while carrying out his job. He showed a video of a car bomb going off nearby to where he was wrapping up a television report in Iraq. He also illustrated what he considered bravery by recounting the story of the nurse who, after the fall of Baghdad, stayed at the asylum where she worked to protect the hospital and the patients. You could hear the respect in his voice when he recounted the harrowing conditions that this brave individual had to overcome, both in protecting her patients and fighting off looters in the chaos without any support from the locals or from the invading forces.

Charles Sabine is dealing with a further battle in his own life. He is a carrier of the genes that will likely lead to the development of Huntington’s disease, an incurable neurodegenerative disorder afflicting between five and seven people in every 100,000. He knows the impact, having seen it develop in both his father and brother, reducing them to shades of their former selves under the shackles of the disease. He talked about his brother focusing on being able to walk in a straight line prior to a visit from a specialist. His language was carefully chosen and all the more emotive for that. He admitted that it was only a significant life event—getting married and having children—that prompted him to get the genetic test. This man, who’s made a career of putting himself in harm’s way to illuminate the bravery of people in terrible situations, struggled to have the courage to confirm a diagnosis. He is now a fervent campaigner for the Huntington’s disease community - attending conferences, making videos and talking to patients. He is using his great communications skills to get attention for a disease affecting hundreds of thousands of people worldwide and focusing on getting new treatments to the market. He threw down the gauntlet to those of us in the audience at PhUSE: get better drugs to the market faster!

So, why do we keep innovation as a priority? We know that behind every Subject Identifier there is a real person, a human being who has undertaken one of the bravest acts. They are giving themselves over to science to assist in the development of drugs to help mankind. We think rewarding such bravery by ensuring that our Medidata platform enables the rapid transit of a drug, from concept to conclusion, is the best return on the subject’s investment. And that’s why we are continually learning through forums like PhUSE, where software development techniques and industry standards are debated and refined, leading to better products, better trials and, hopefully, better treatments… faster!

Guest blogger Geoff Low is a software architect at Medidata, based in the UK. You can reach Geoff by email or follow him on Twitter @iamnotthelotus.