Issues surrounding patient awareness of and access to clinical trials have been roadblocks to participation for many years. Finding the right patients at the right time for the right study requires a new approach focused on empowering patients long term, including both pre- and post-study engagement.

Watch this webcast to learn more about: 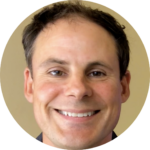 Co-founder of The Disorder Channel and DISORDER: The Rare Disease Film Festival

Bo Bigelow and his wife are the parents of two children, one of whom, Tess, has an ultra-rare genetic disorder. Upon learning that Tess had a mutation in her USP7 gene, Bo and his wife believed that she was the only one of her kind in the world. But he wrote a blog post about Tess, took to social media, and within 24 hours discovered a team of researchers who were working on the USP7 gene and the disorder that Tess has. Tess was the eighth known patient in the world. Through his podcast and blog Stronger Every Day, since 2015 Bo has helped build their patient group to over 90 cases worldwide. In 2017, they started a nonprofit to cure the disease, now known as Hao-Fountain Syndrome (usp7.org). To find more patients, he made a short film called “Tess Is Not Alone: A USP7 Story.” Bo co-founded The Disorder Channel and DISORDER: The Rare Disease Film Festival (thedisorderchannel.com). 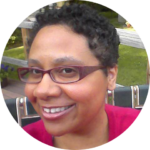 Dawn Gibson has lived with Spondyloarthritis and chronic pain since 2001.  She founded the acclaimed twitter chat group, Spoonie Chat, in 2013 and co-founded The National Pain Advocacy Center. In particular, Dawn has focused on the disparities in care and discrimination faced by elderly, disabled, and people of color. Dawn looks forward to growing patient centered advocacy, and engaging communities to participate in narrative medicine, research studies, and clinical trials. 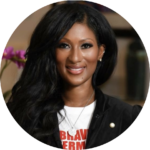 Founder and CEO of the Tigerlily Foundation

Maimah Karmo is the Founder/CEO of the Tigerlily Foundation (Tigerlily) and a fifteen-year survivor of breast cancer.   On February 28, 2006, at 4:45 p.m., Maimah was diagnosed with Stage 2 breast cancer. She had no family history and was 32-years old.  While undergoing her second round of chemotherapy, she made a promise to God that if she survived, she would create an organization to educate, empower, advocate for and support young women affected by breast cancer.  After her second treatment, Tigerlily Foundation was born.  Tigerlily provides breast health, educational, empowerment wellness and transformational programs to young women; and works to end disparities of age, stage and color. 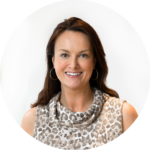 Kelly McKee recently joined Medidata as the Vice President of Patient Registries and Recruitment with 20 years of experience in clinical trial operations, patient recruitment and innovation. She is a proven clinical trial leader and trailblazer in operationalizing global patient-focused solutions across organizations including innovations in clinical trial awareness, access, and improvements in patient experiences. Kelly is passionate about celebrating the role that clinical trial participants bring in making new medicines and vaccines possible and was named one of PharmaVoice’s 100 Most Inspiring Leaders in 2020, Centerwatch’s Top 20 Innovators of 2018, and PharmaTimes’ Clinical Researcher of the Year, Clinical Research Teams, in 2012.