From the point a sample enters the lab until a final test result is reported, nearly every task and action must be documented, whether electronically or on paper. The first waves of lab digitalization resulted in Lab Execution Systems (LES), designed to standardize procedure execution, record all steps electronically, and reduce compliance risks. However, traditional LES can require complex or proprietary connections to existing lab equipment and other systems, and workflows often remain cumbersome with many non-value added steps.

The 21st century lab still needs to record all the tasks and data generated for each sample while following standardized procedures. However, the solution must remove unnecessary steps, be easily scalable, able to integrate with existing equipment and systems, and allow scientists to focus on experimental work. With BIOVIA Compose and BIOVIA Capture, organizations can reap the benefits of a traditional LES, while avoiding the drawbacks.

As part of the BIOVIA Unified Lab, procedure execution is integrated seamlessly into the digital lab workflow, with secure storage and seamless transfer of data between other enterprise systems. 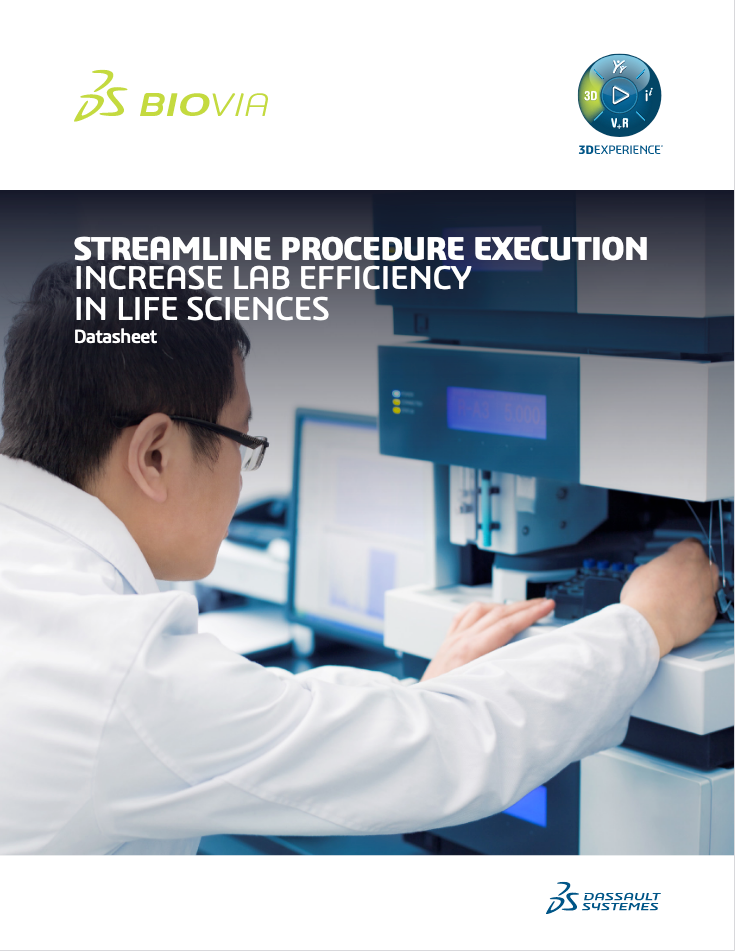