Monitoring Site vs Central Discordance in Oncology Clinical Trials: The Value of a Unified Imaging/EDC Platform 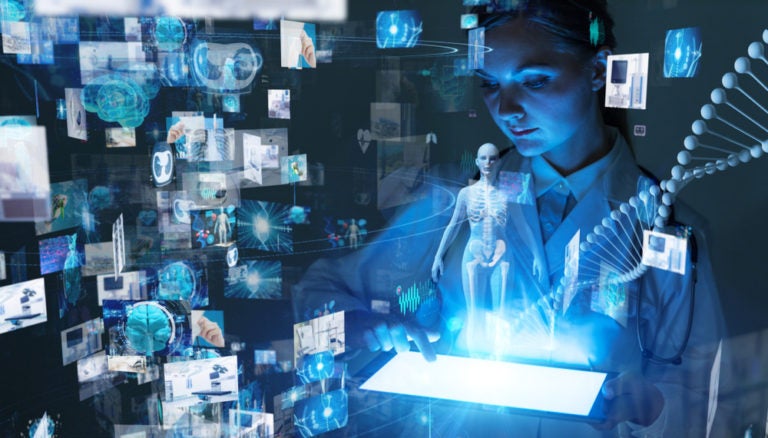 Oncology assessments performed via medical imaging in a clinical trial are often performed by a local radiologist at the trial site and via blinded, independent central reviews (BICRs) performed by radiologists who have been contracted through an imaging core lab. In fact, the FDA recommends BICRs when imaging data will be used in regulatory decisions. BICRS have several advantages over site reads, which can be subject to bias. Central readers, who are contracted through an imaging core lab, are not involved in the treatment of patients; are blinded to various components of the data; and perform their work according to a structured process without influence from other clinical data.

The Rise of Discordance

Inevitably, there are differences in the imaging results detected by local, on-site radiologists vs. central readers – discordance that is well known and well studied. The rates of discordance in assessments of progression status submitted to the FDA range between 24 and 29 percent. The potential causes of this discordance have been explored in several research papers and include differences in selecting target lesions, the way the evaluation criteria are interpreted, and sources of bias at the site.

The rate and cause of discordance in reads in any individual study are important to establish and are of interest to both sponsors and regulators. However, when data from BICRs and local reads are stored in separate software systems, it is difficult for sponsors to detect the discordance between data in two different databases that are updated on different schedules. BICR data are usually sent from the core lab on an infrequent, even if scheduled, basis, and in some cases not until the end of the trial. This means that any comparison between the reads is delayed unless more frequent uploads from the core lab are arranged, often for an extra fee.

When monitoring for discordance is delayed in this way, causes of discordance that are preventable may not be caught in a timely fashion, which can have implications for the patient as well as data integrity. Missing images, for example, can impact the study outcomes for that patient as well as affect discordance rates. Similarly, image quality issues can be a source of discordance and if that fact is not discovered immediately, the problem can be repeated, rendering multiple data points unable to be evaluated.

The Solution: Integration between Rave EDC and Rave Imaging

Sponsors using Rave EDC for electronic data capture can now overcome the delay and difficulties in comparing reads from sites and a central lab by ensuring that their selected imaging core lab uses Rave Imaging, the industry’s leading medical image management platform. The two systems, Rave Imaging and Rave EDC, are integrated so that results of the independent review are posted to Rave EDC automatically in real time.

Sponsors can then monitor reader activities, such as when reviews are completed, as well as actual imaging results. Because all imaging data are uploaded in real time into one place, there are no integration and time-lag issues. With on-demand visibility to imaging data, Sponsors can take immediate action if they see causes of discordance that are within their control, such as missing imaging data from the core lab or imaging data of poor quality submitted by the site. Remediation plans to retrain sites can be put in place in real time, before issues become systemic.

The sample screen shot from the Medidata platform shown here illustrates results of an independent assessment from an imaging core lab posted in Rave EDC. Results can be restricted to certain users by permission and displayed in various ways. Ultimately, reports can easily be run in Rave EDC that show a side-by-side comparison of core lab results versus site results, giving sponsors instant insight into discordance rates.

The integration of Rave Imaging and Rave EDC is part of Medidata’s overarching goal of ensuring that the right data are presented to the right users at the right time, regardless of the original data source. Rave EDC users who insist that imaging core labs rely on Rave Imaging are able to monitor and minimize discordance via streamlined processes and increased visibility.