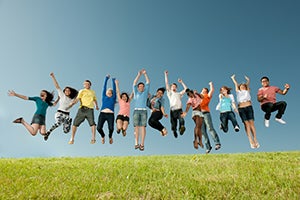 As a rare disease patient advocate—having watched for more than 20 years the struggle for funding of drug development for drugs with small patient populations—I’m glad to see the new FDA Rare Pediatric Disease Voucher Program used for the first time. Three drug developers have completed a transaction between them that utilizes the program in the way it was intended. This shifts money gained from bigger drug revenues into the harder-to-fund rare disease arena. This new voucher program, another very good part of the new FDA Safety and Innovation Act (FDASIA) passed in 2012, incents companies to develop innovative treatments for rare pediatric diseases. Under this new program, a voucher granting the holder a “priority review” for a new drug application is awarded after FDA approval of a rare pediatric disease treatment. It can then be used to get priority review for a subsequent drug or it can be sold for a substantial sum, to help offset costs of future drug development. Such a voucher can reduce the time for FDA review from 10 months to six months. A company that buys such a voucher can use it to get priority review for one of its drugs. The voucher itself need not be used for a rare pediatric disease drug. It is likely to be used where it will give the biggest bang for the buck: with larger disease. Thus the value is high and the price a company might pay could be very high. This helps transfer needed funds from “big” disease research into rare disease research. In this first case, BioMarin Pharmaceuticals, a seasoned rare disease drug developer with a number of approvals under its belt, won the first voucher under this new program. They then sold it for $67.5 million to Regeneron Pharmaceuticals and their co-development partner Sanofi. BioMarin received the voucher as a reward for getting FDA approval in 2014 for the treatment for MPS IVA — a rare, pediatric-onset, metabolic disorder that causes skeletal deformities, progressive deafness and other health issues. They have been working on this disease for at least 15 years. The four months saved by using such a voucher is a huge incentive. By getting a drug approved four months earlier, a drug company gets revenue flowing in that much sooner. A company receiving such a voucher can also generate revenue by selling the voucher. But perhaps most significant is the speed-to-market competitive advantage. Companies might use the voucher to get over the approval finish line sooner in the race against competitors for drug approvals. In this case, Regeneron is planning to use the voucher it has purchased from BioMarin to knock four months off the approval time for its new cholesterol treatment. Regeneron is in a race against Amgen who is also developing a similar treatment. Some might ask if the FDA’s voucher program is intended to incent companies to develop rare, pediatric disease treatments, then why does a drug company use a Rare Pediatric Disease Priority Review Voucher for a non-rare, non-pediatric disease? The new voucher program is a response to the question: “How can we get more investment flowing into rare disease drug development?” This new voucher program re-directs revenue from larger disease drugs, which is very lucrative, into rare disease drug development, which is a business often in search of funding. Drug companies, long hesitant to develop rare disease treatments due to the high costs and lower revenues, can now count on financial rewards from much bigger disease treatments, in exchange for having brought a rare pediatric disease treatment to the market. Everyone wins — patients most of all, when they receive a treatment that might not otherwise exist. So, in this case, Regeneron’s revenue from anticipated sales of a potential blockbuster drug for a non-rare, non-pediatric disorder (Alirocumab for cholesterol) has helped compensate BioMarin for developing Vimizim for MPS IVA, a rare, pediatric drug. Rare disease patients want more treatments, faster. Of the 7,000 classified rare diseases, only around 500 have ever had an FDA approved treatment (in the 30+ years of drug development since the Orphan Drug Act). Funding has been an issue. Costs of development are high and patient populations are small. Bigger diseases get the funding and bring the ROI. This incentive program is working. BioMarin, Regeneron and Genzyme/Sanofi have long based their business on pushing the frontiers of science and biologic drug development to benefit patients with rare diseases and other serious disorders. *Guest blogger Steve Smith is Director of Patient Value at Medidata. You can reach Steve by email. References: